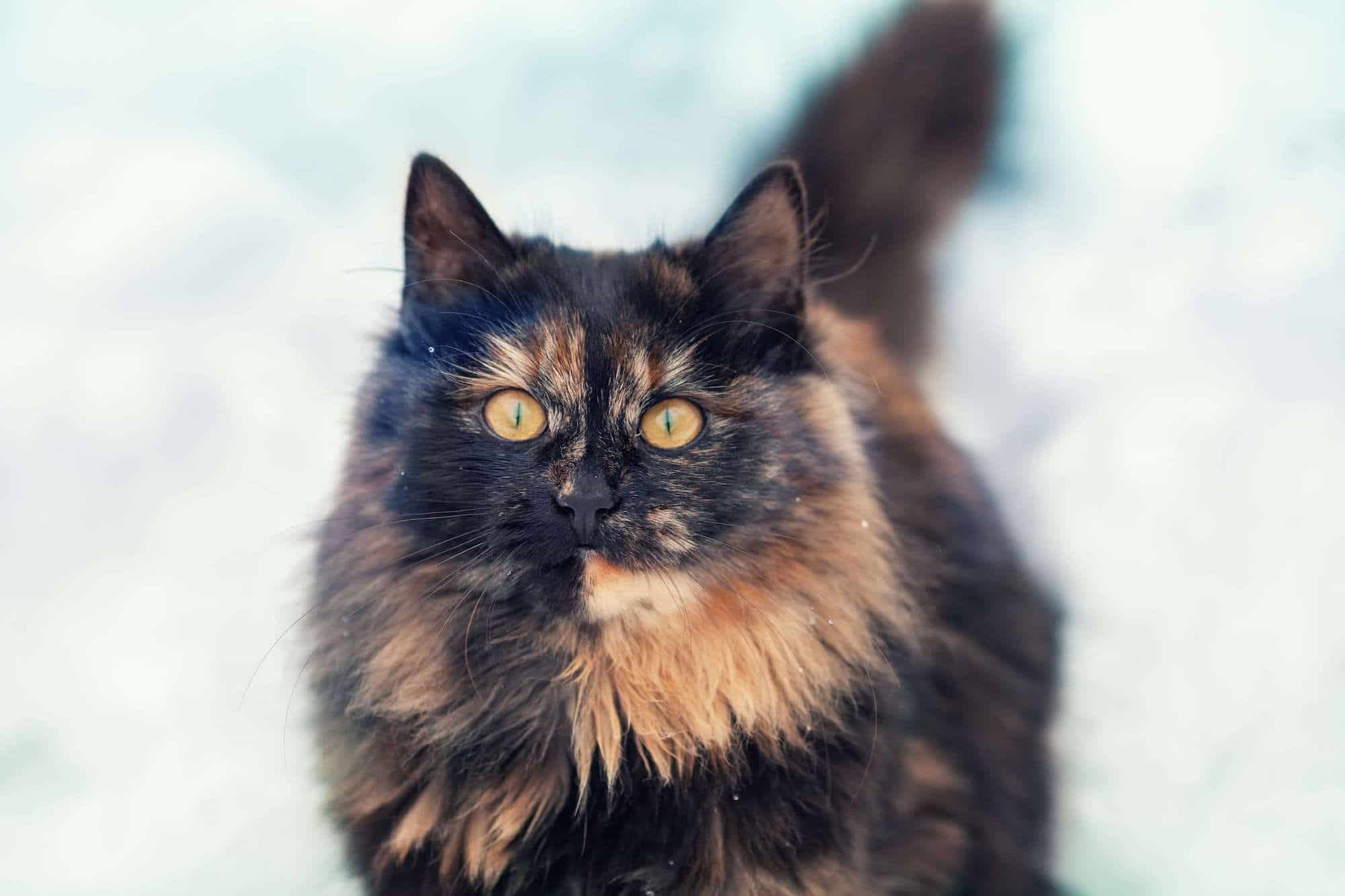 Tortoiseshell cats are known for their beautiful multi-colored coats that resemble the shell of a tortoise. Although tortoiseshell isn’t a breed, these cats — sometimes nicknamed “torties” — have a signature appearance, a rich history and distinctive personality traits.

The History of Tortoiseshell Cats 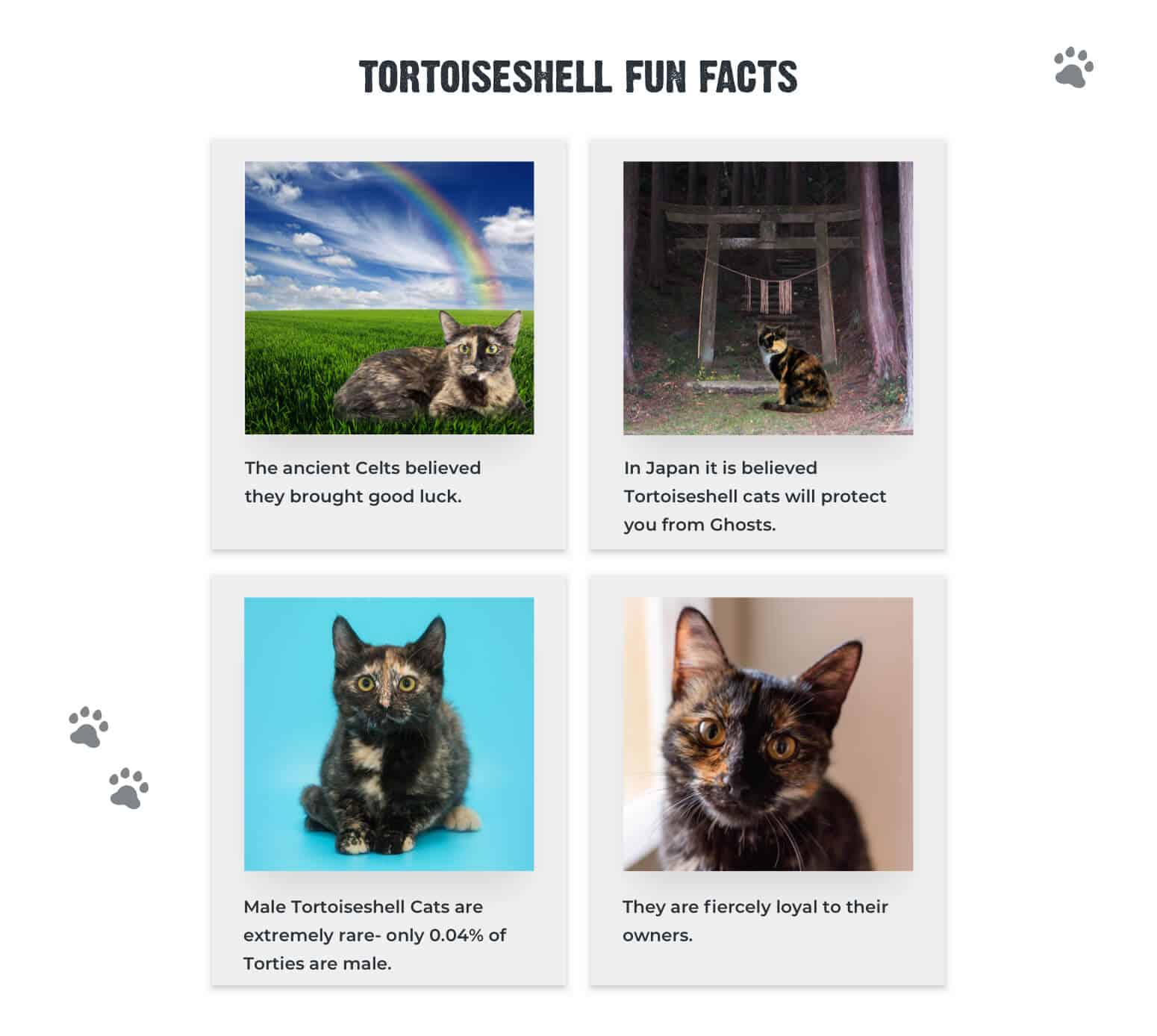 The History of Tortoiseshell Cats

Stories of tortoiseshell cats date back to ancient times. Folklore from the Khmers of Southeast Asia states that tortoiseshell cats originated from the blood of a young goddess, and the ancient Celts believed that torties brought good luck. An old English wives’ tale believes that rubbing the tail of a tortoiseshell cat onto a wart is an effective treatment option.

Variations of those beliefs are still with us today. In Scotland and Ireland, tortoiseshell cats are still considered to be good luck, especially if one settles in your home. In the U.S., that luck has translated into a special nickname: “money cats.” If you’re in Japan, it’s believed that torties can protect your home from ghosts.

As we mentioned, tortoiseshell cats are not a breed — the name is used to describe their coat color and pattern. If you come across a tortie, they’re likely to be one of these popular breeds:

Many people mistake tortoiseshell cats with calico cats because of their similar coat colors. Tortoiseshells come in all different colors and patterns, but they are primarily ginger and black which touches of white, orange, gold or cream. Calicos, on the other hand, have a white fur base that’s topped off with tortie-colored patches.

A tortie’s color palette can either be patched or brindled, which is when the colors are mixed together. There are also tortoiseshell cats with tabby stripes, known as “torbies.” Torties can have a chimera appearance, which is one color on one side of the body and a different color on the other side. This usually manifests as a half black face and half ginger face, but it can occur all over the body in different colors.

Tortoiseshells can have eye colors that are various shades of hazel, amber or green, but there isn’t one specific color that is associated with these cats. Basepaws says that “the genetic link between eye color and coat color is actually minimal,” so your tortie’s coat color palette won’t define their eye color. 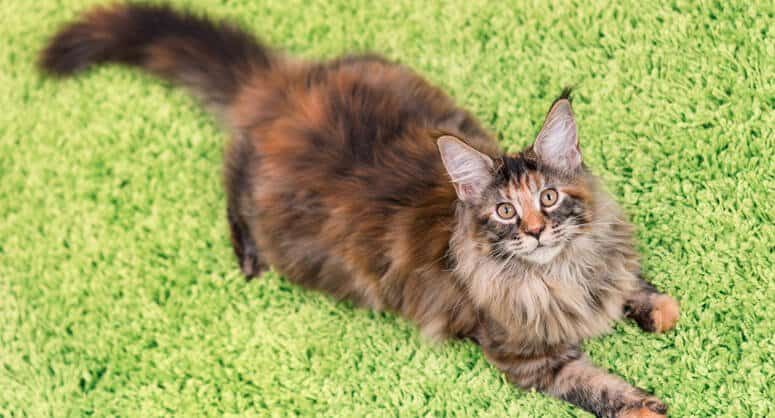 It bears repeating that tortoiseshell cats are not a breed, and there are no health conditions that are connected to the color of their fur. If you’re curious about your kitty’s genetic disposition, you can research their specific breed to find out if there are any associated health concerns.

One notable biological trait of tortoiseshell cats is their gender. The majority of torties — 99.6% — are female, making males incredibly rare. The reason for this comes down to chromosomes. Two X chromosomes are required to produce the signature tortoiseshell coat colors and patterns. Just like humans, female cats have two X chromosomes and males have an X and a Y chromosome. If a male tortie does happen to be born, it’s likely because they have an extra strand of DNA with an additional X chromosome. Unfortunately, this chromosome imbalance will also make any male torties sterile.

To get an idea of the weight range for your tortoiseshell cat, you’ll need to know their breed. For example, there can be a significant different between an adult Maine Coon and an adult American Shorthair. Adult Maine Coons — which are known to be one of the larger cat breeds — average 15 lbs. to 25 lbs. for males and 11 lbs. to 20 lbs. females. American Shorthair males average 11 lbs. to 15 lbs. and females average 6 lbs. to 12 lbs.

Your veterinarian will be able to determine the breed of your tortoiseshell through a quick exam. They’ll also assess the cat’s age, activity level and overall health to recommend a healthy weight range. Playing with your tortoiseshell and providing them with minimally processed, high-quality cat food is a great weight to make sure they maintain an optimal weight.

Just like weight, the life expectancy of a tortie cat will depend on many factors, including their breed. However, keeping your cat indoors can help them live longer. Fetch by WebMD notes that cats who are kept inside can live to be 17 years or older, while many outdoor cats live an average of two to five years. 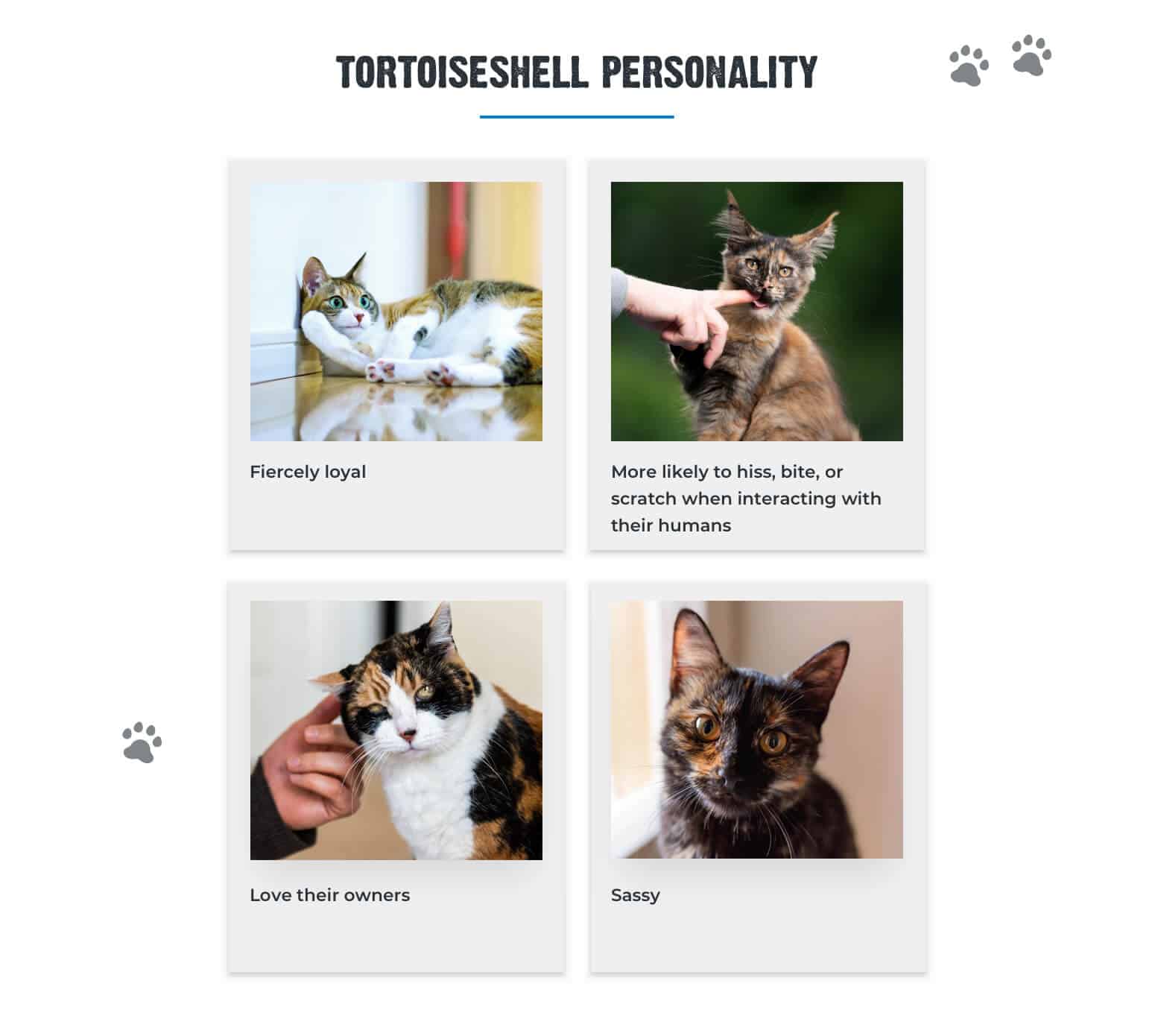 Coat color isn’t often an indication of personality, but studies have found tortoiseshell cats to have a few distinct characteristics.

Veterinarians from the University of California, Davis surveyed more than 1,200 cat owners and found that cats with calico and tortoiseshell coats are more likely tohiss, bite, swat, chase or scratch when interacting with their humans. This diva disposition has aptly been described as “tortitude.”

Tortoiseshell cats may be sassy, but they also “love their owners with fierce loyalty,” as Good Housekeeping states.

A: According to PetHelpful, “there is no such thing as a completely hypoallergenic cat.” However, some breeds may produce less dander and saliva, which are the allergens that are the source for human irritation. Torties come in a variety of different breeds, so check with your vet to determine what to expect from your cat.

Q: Do tortoiseshell cats get along with children and other pets?

A: One of the best things about cats is that they all have their own unique personality, but this also means that it can be difficult to predict how they may react in certain situations. You should consider the breed of your tortoiseshell to get an idea of how they may interact with other humans and animals.

If you're intrigued by torties, you may also enjoy reading about these cats: 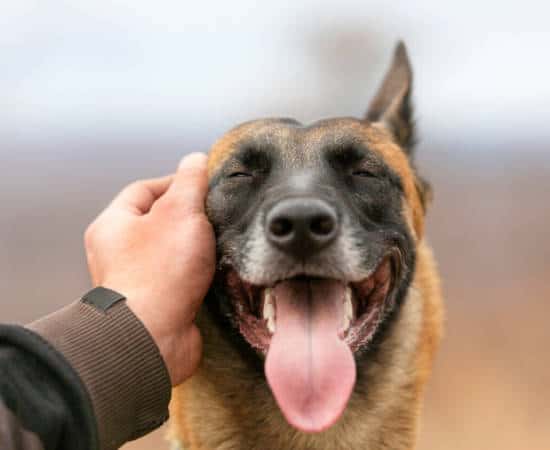 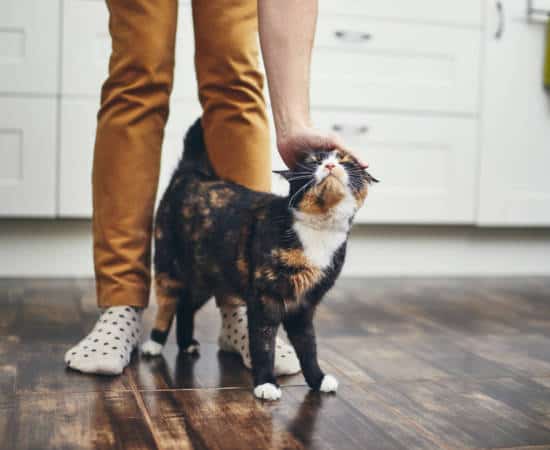