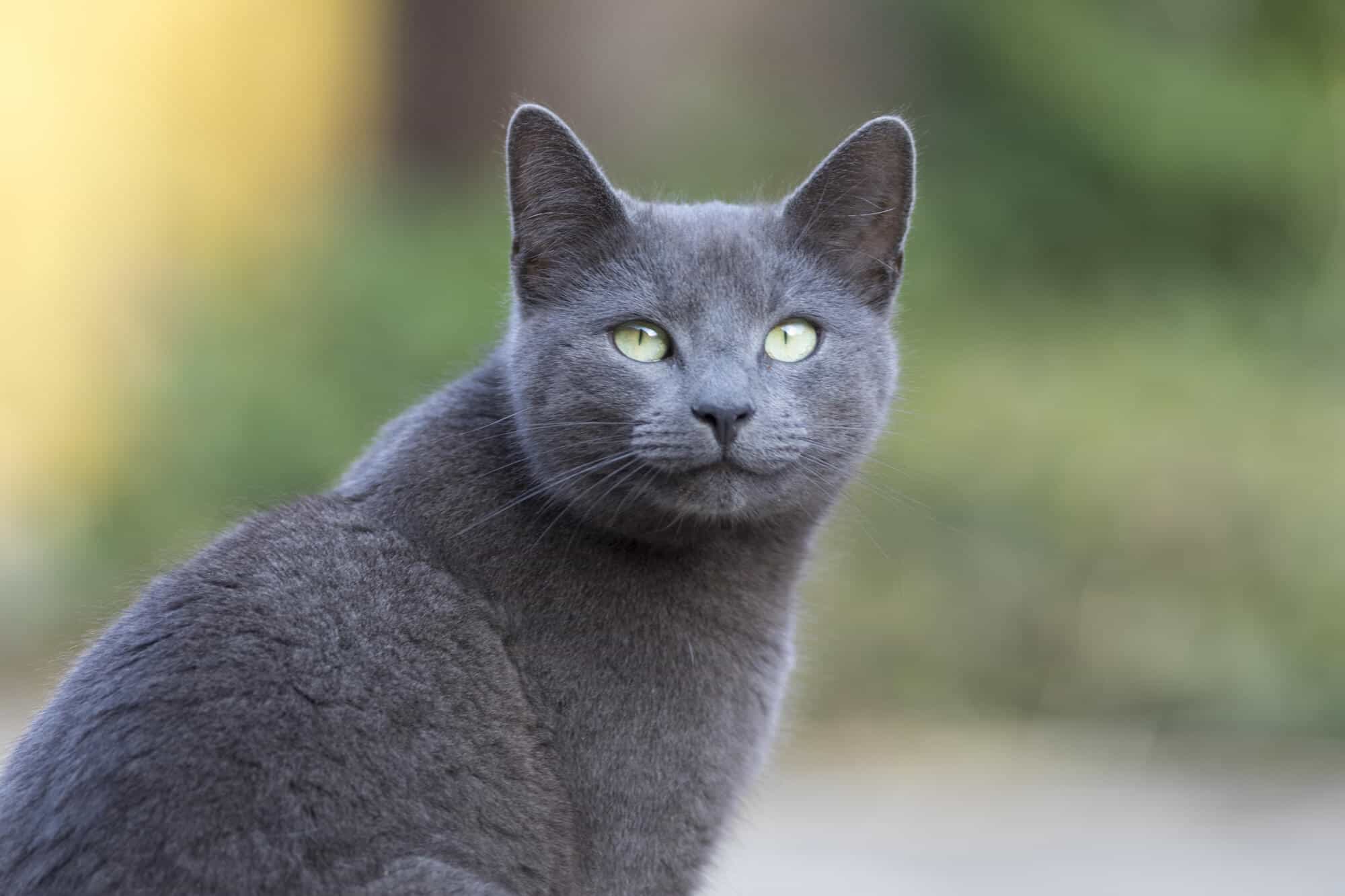 As their name implies, Russian Blue cats hail from Russia and have blue-colored coats. Modern-day Russian Blues very closely resemble other cat breeds like the British Shorthair, the Chartreux of France and the Korat of Thailand, but they have their own unique characteristics when it comes to their appearance, personality and health.

Read on for a closer look at this beautiful, established breed.

The History of Russian Blue Cats

Russian Blue cats are an older, naturally occurring breed, meaning they were not manmade like Toyger cats. Because of their long history, the breed’s exact origins are unknown.

The Spruce says that the Russian Blues are believed to have originated on Archangel (Arkhangelsk) Island in northern Russia, which is why they were once referred to as Archangel cats. Just as the ancient Egyptians worshipped tuxedo cats, Russian Blues were favored by royals and Russian czars.

The breed travelled to Great Britain and many parts of Europe by ship in the late 1800s, and they were even among the contestants in the first cat shows in England. Once they were in Europe, the development of the breed really took off, primarily in Great Britain and Scandinavia where showing and breeding cats was popular. Russian Blues made their first appearance in the U.S. in the early 1900s, but they didn’t become popular until after World War II.

Russian Blue cats are considered a medium-size cat breed. They have a signature upturn in the corners of their mouth, giving them a permanent Mona Lisa-like smile. They’re also known for their graceful, firm demeanor, muscular bodies and long, fine-boned legs.

The Russian Blue’s short, dense, double-layered coat is a clear indication that this breed originated in a cold climate — after all, Archangel is only 150 miles from the Arctic Circle. Their dense coats can also make a Russian Blue appear larger than they really are. Although they have thick coats, they don’t shed too often but should still be brushed at least once a week.

Russian Blue cats have solid, velvety coat colors that can be varying shades of bluish gray, silver or slate. Petfinder explains that blue is the diluted version of black in the pet world, and the gene responsible for the breed’s blue-gray coloring is a form of the black hair gene.

Russian Blues are naturally healthy cats. However, the ASPCA says that they do have a higher risk of developing bladder stone and urinary tract issues.

The breed’s love of food can lead to excessive hunger and obesity, so it’s important to stick to a properly portioned nutrition plan that includes high-quality, minimally processed cat food.

If well cared for and kept indoors, Russian Blue cats can live to be 15 to 20 years old or even older. 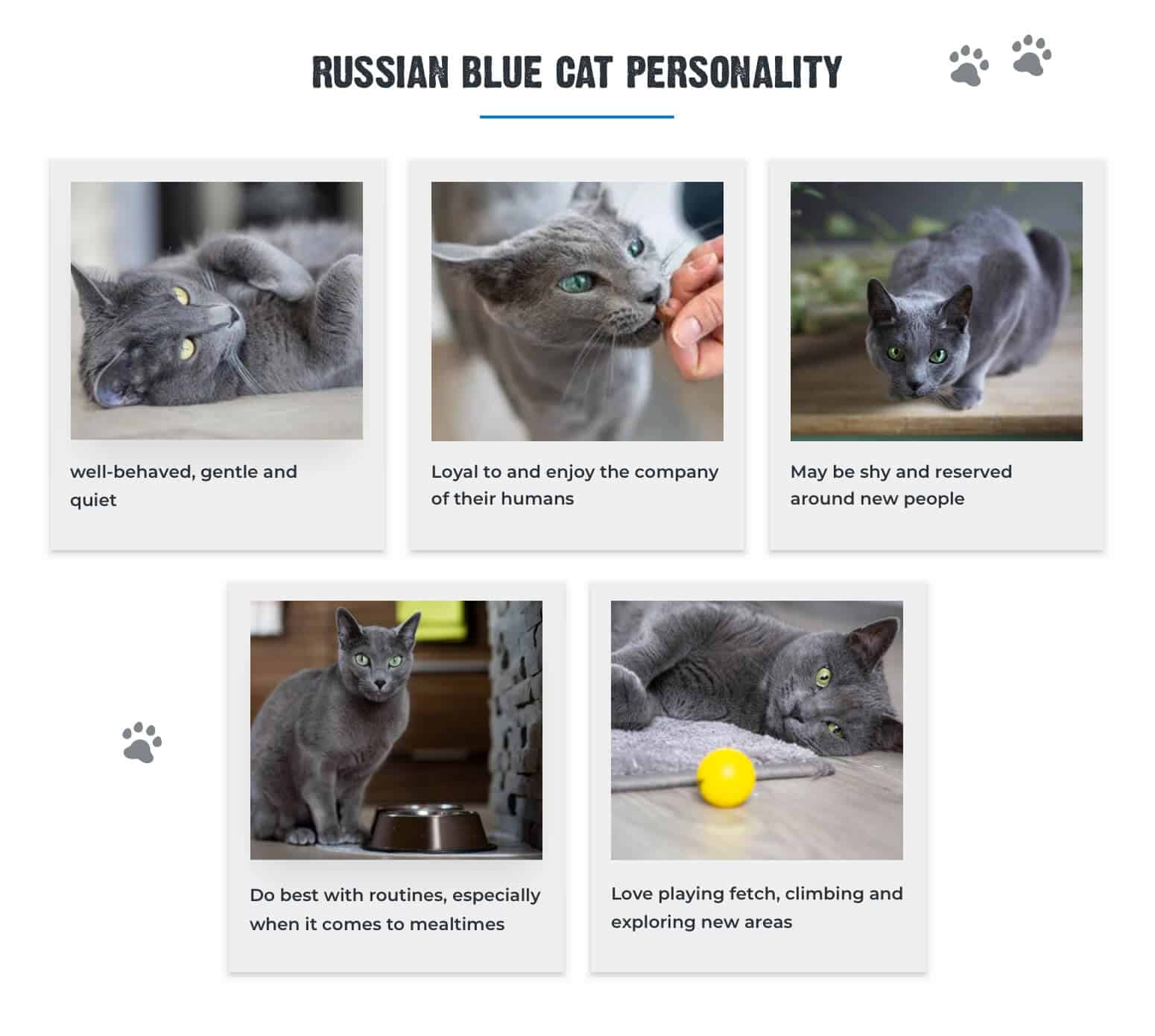 Cattime says Russian Blue cats are known for being well-behaved, gentle and quiet. They are loyal to and enjoy the company of their humans, but they may be shy and reserved around new people. Like most cats, they do best with routines — especially when it comes to mealtimes — and they dislike any sort of change in their environment.

Russian Blue cats are friendly and affectionate toward their favorite humans. They love playing fetch, climbing and exploring new areas, so much so that the ASPCA recommends blocking off any small spaces in your home that could be dangerous for a curious cat.

Overall, this breed makes the perfect companion for all types of pet parents, including first-time pet owners, working professionals and families with older children. 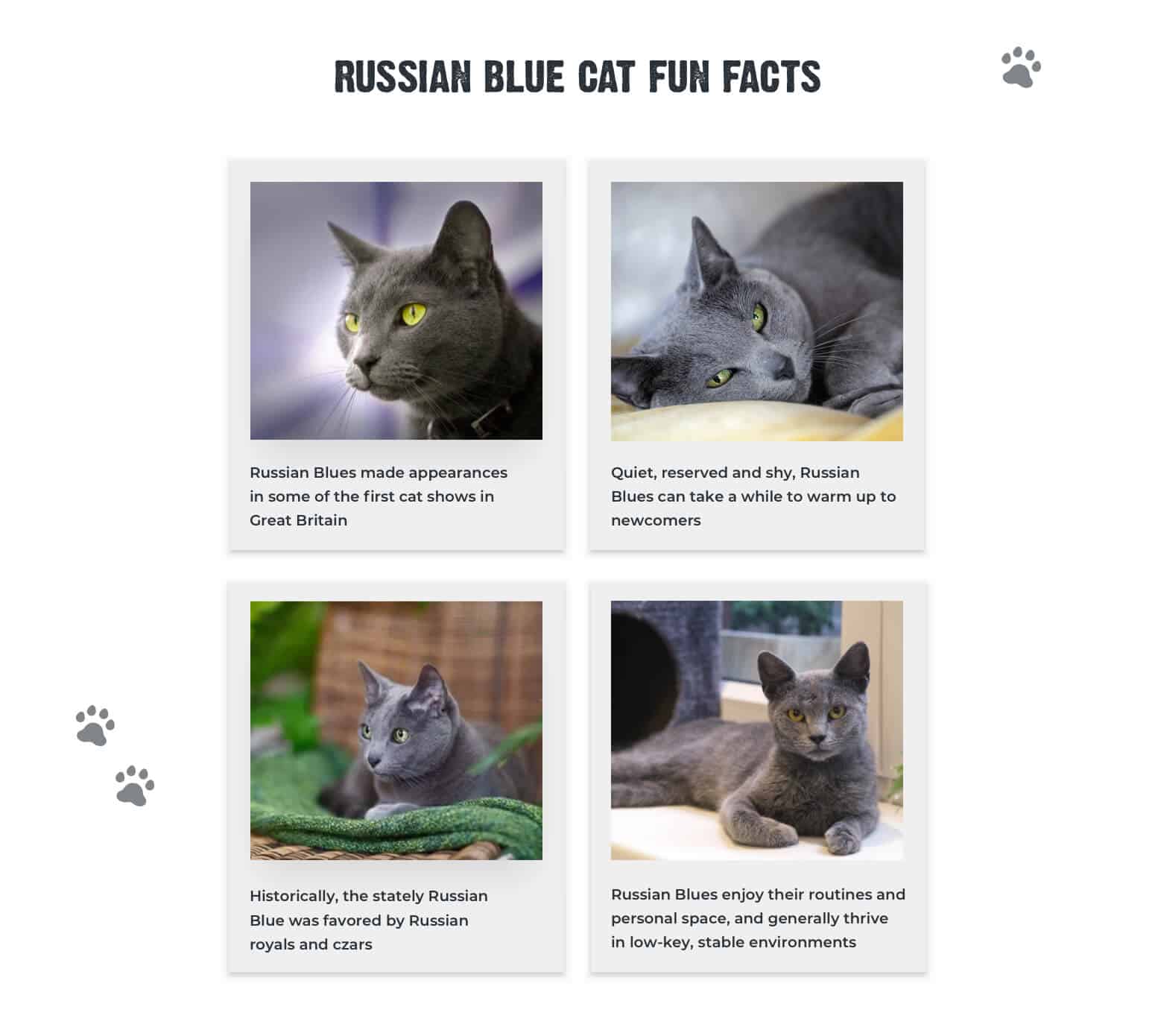 A: No cat is 100% hypoallergenic, but Russian Blue cats are known to cause less issues for people with allergies than other breeds.

Q: Do Russian Blue cats get along with children and other pets?

A:  Russian Blues thrive in quiet and stable homes. They usually do best with older children, but they will tolerate younger kids who are gentle and respectful. The same can be said for their relationship with other animals — as long as they aren’t constantly chased or bothered, they can live in harmony with most other pets.